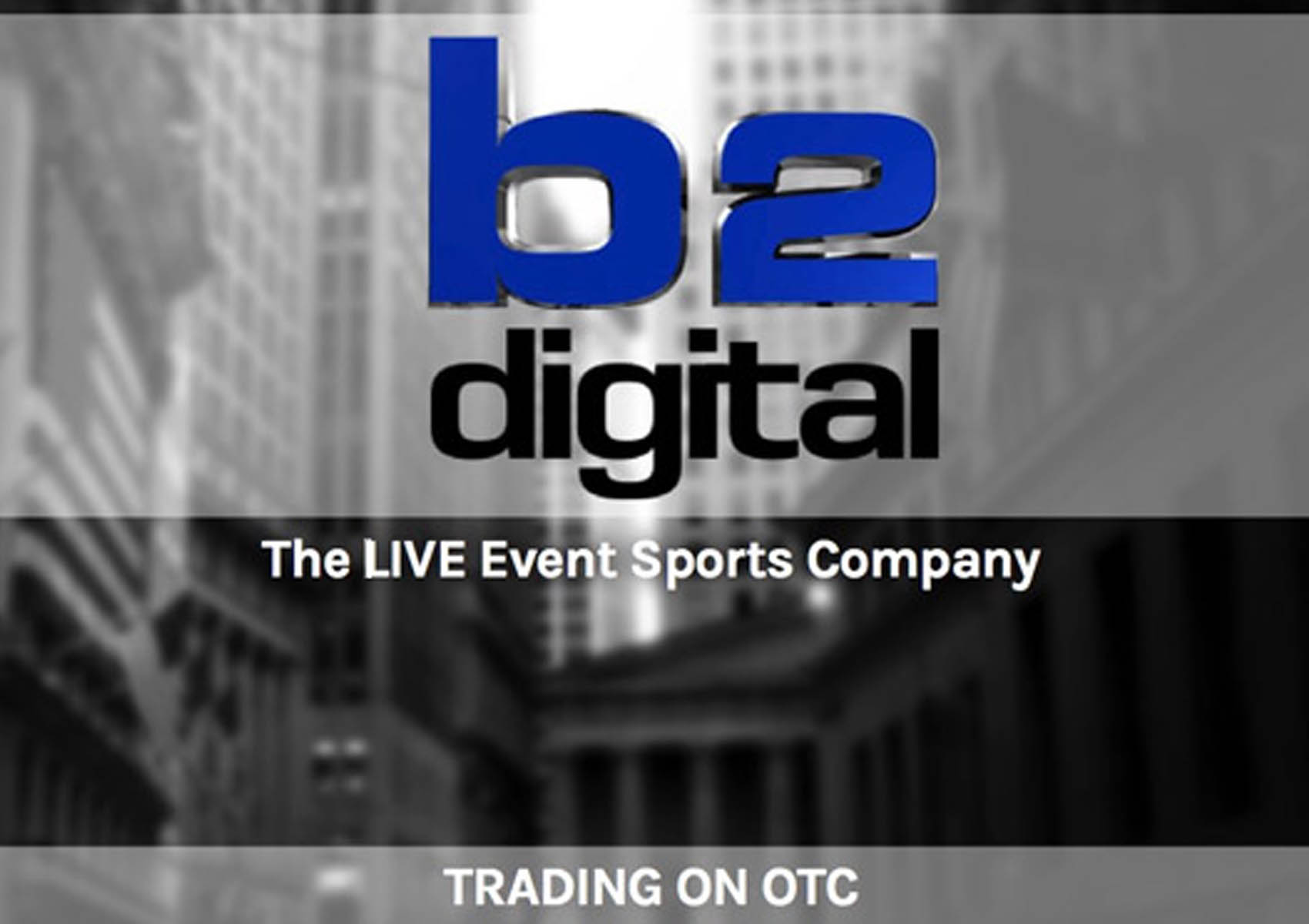 The B2 Fighting Series, owned by B2Digital Inc., will expand its operation in 2019 to include holding LIVE Events in Michigan.

“A lot of planning has gone into expanding and growing the B2 Fighting Series business and increasing the number of LIVE Events that we are holding each year which will fuel our revenue growth. We have LIVE Events planned in 7 states this coming fall, including Kentucky, Ohio, Tennessee and West Virginia with HRMMA, Illinois with United Combat League and Indiana and Michigan with Colosseum Combat.  This will be particularly satisfying to me to work with Mark Slater to put on events in Michigan, as Michigan is where I grew up, went to elementary through high school and University,” said Greg P. Bell, Chairman & CEO of B2Digital INC.

In other company news and events, although the Company and BTDG management does not consider the following as newsworthy events, the Company and BTDG management is providing this update to its fans, followers and shareholders. The Company has filed its financial results of its operations for the FY 2018-2019 through Q3. The company is pursuing its aspirations towards becoming a fully reporting company; as it takes its first steps towards reaching that objective with the goal of up listing to higher-level tiers of trading with OTC markets and working on becoming a full SEC Reporting Company. The company continues to be encouraged with the operational performance of its LIVE Event companies and Events, the development of its B2FS Official Training Facility program along with the large audience it has created with the B2 Social Media Network “B2SN”. The Company continues to work on its strategy of improving current company operations, acquiring additional Sports related companies and Growing the current B2 Digital business.

The Company intends to release additional news and updates on a timely basis to its followers and shareholders.

With extensive background in entertainment, television, video and technology, the Company is now forging ahead and becoming a full-service Live Event Sports Company. The Chairman and CEO of the company at the helm is Greg P. Bell. Capitalizing on the combination of his expertise, relationships and experience as well as his involvement with more than 40,000 LIVE events over his career for major sports leagues and entertainment venues, B2 Digital is in the process of developing and acquiring MMA and sports related companies to become a Premier Vertically Integrated LIVE Event Sports Company. B2’s first strategy is to build an integrated Premier Development League for the MMA Mixed Martial Arts marketplace, which is a billion-dollar industry.

B2 Digital will be creating and developing Development League champions that will move on to the MMA Major Leagues from the B2 Fighting Series. In 2017 B2 started operating B2FS LIVE MMA Events and each year the top fighters will be invited to the yearly B2FS National Championship Live Event. B2 owns all rights for TV, Internet, Social Media, media, merchandising and trademarks and branding for the B2 Digital Companies. B2 has deployed its B2 Social Media Network digital distribution network for the B2 Fighting Series and has developed and deployed the Systems and Technologies for the operation of Social Media Marketing, Event Management, Digital Ticketing Sales, Digital Video Distribution, Digital Marketing, PPV, Fighter Management, Merchandise Sales, Brand Management and Financial Control Systems.