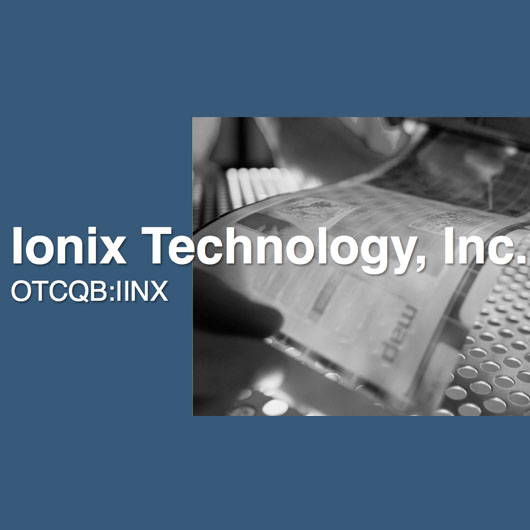 “As of this month, three OLED module products of Baileqi have been officially put on the market. These modules can be used in various electronic devices such as smartphones, portable GPS devices, handheld game consoles and smartwatches. With high product quality and good customer feedback, we expect a variety of OLED module-related products launch in the future,” said Mr. Cheng Li, Chairman of IINX.” The growing demand for flexible OLED display screens represents a new growth opportunity for Baileqi. We believe that the launch of the three new OLED modules is a key step for Baileqi to gain market shares from the competition.”

This news release contains “forward-looking statements” as that term is defined in the United States Securities Act of 1933, as amended, and the Securities Exchange Act of 1934, as amended. Statements in this press release that are not purely historical are forward-looking statements, including beliefs, plans, expectations or intentions regarding the future, and results of new business opportunities. Actual results could differ from those projected in any forward-looking statements due to numerous factors, such as the inherent uncertainties associated with new business opportunities and development stage companies. Ionix Technology assumes no obligation to update the forward-looking statements. Although Ionix Technology believes that any beliefs, plans, expectations and intentions contained in this press release are reasonable, there can be no assurance that they will prove to be accurate. Investors should refer to the risk factors disclosure outlined in Ionix Technology’s annual report on Form 10-K for the most recent fiscal year, quarterly reports on Form 10-Q and other periodic reports filed from time-to-time with the U.S. Securities and Exchange Commission.